This razor is commonly known as the short "Black Beauty". This razor early on was called by Gillette on it's packaging the Super-84. Later on in it's life Gillette simply called it the short Super Adjustable. Whatever they called it or how ever they packaged it, the razor was made the same exact way; excepting of course the date code that was stamped on the bottom of the razor head on it's nickel bottom plate. This razor was the replacement for the Gillette Slim. It gets its name from its handle length which is 84.0 millimeters.The Super-84 has a slightly longer handle and weighs less than its predecessor the Slim. The adjustment dial is also larger with easier to read numerals.  The head size is the same as the Slim. The handle is believed to be made of aluminum and coated with a black resin. It was manufactured from 1968 (N-3) through 1975 (V-2) for sure. However, some say production could have ended possibly a little later. Initially the razor was packaged with a 2-Pak of the Super Stainless blades (PTFE coated for less "pull"). In mid 1970 to early 1971 Gillette switched over the the newer Platinum Plus Stainless Steel Blades (Platinum-Chromium alloy coated for less "pull" and greater edge durability). The original retail list price was $1.95. This price was the same as the list price for the Super-109. Later prices were adjusted to $2.95 to account for inflation. There are nine adjustment dial positions with "9" being the most aggressive and "1" being the least aggressive. This razor weighs 67 grams 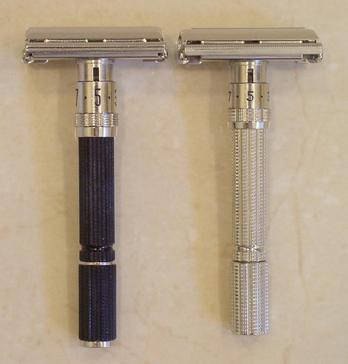 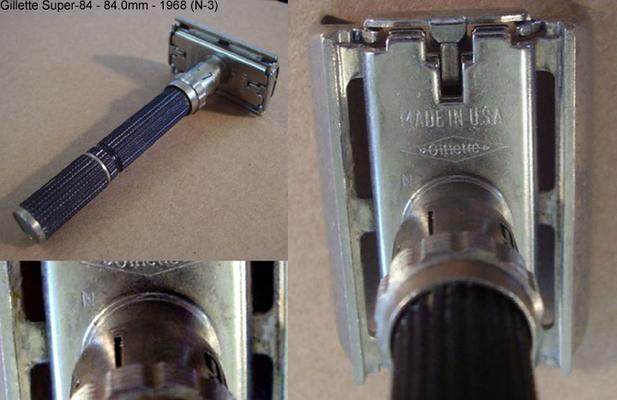 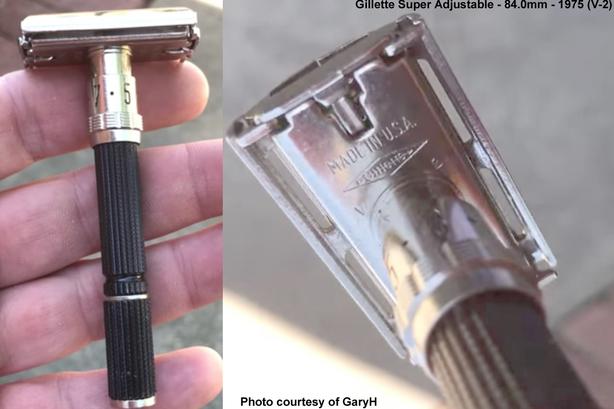 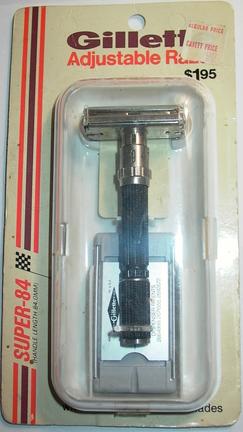 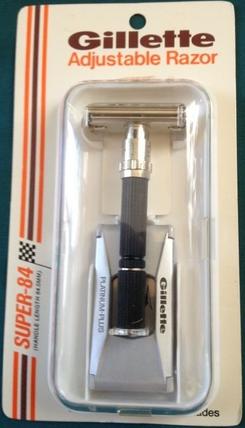 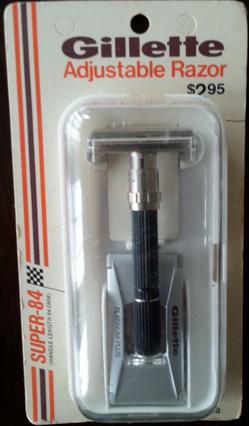 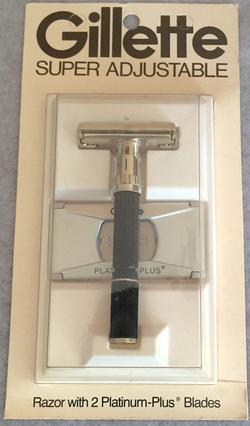 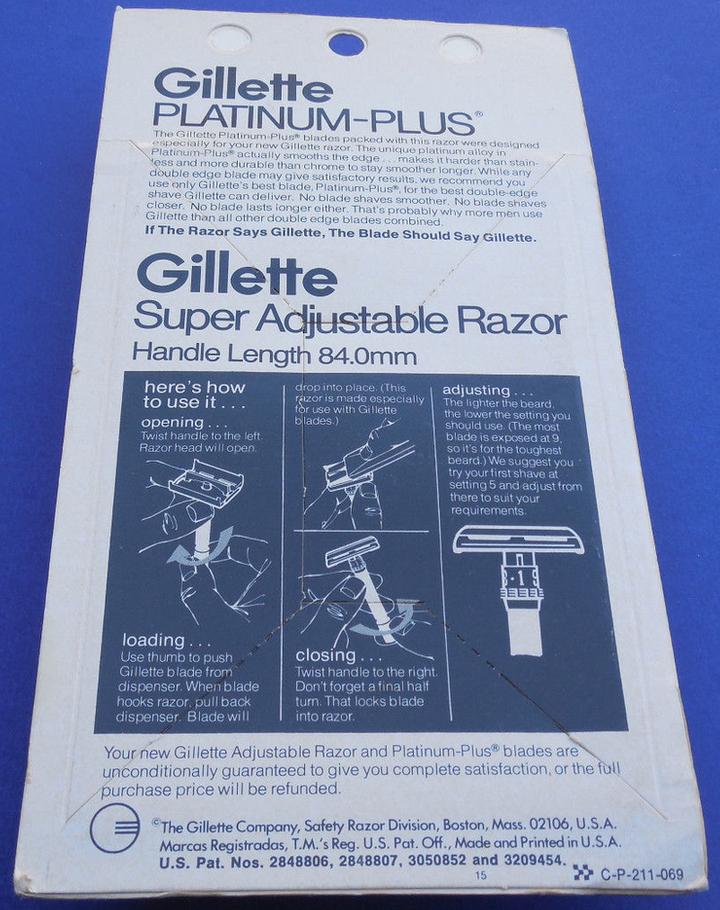 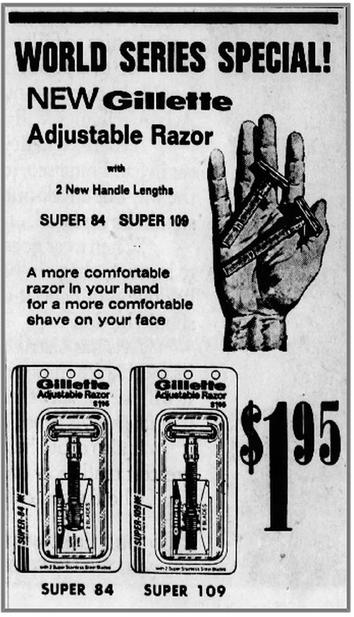 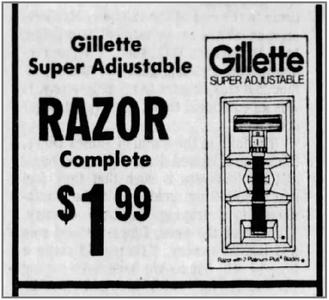 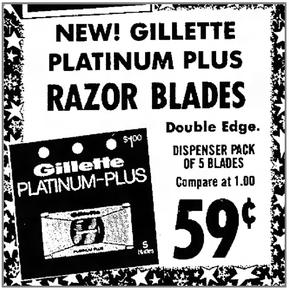 One of the very first retail ads showing the new Platinum Plus blades. Advertisement on December 2, 1969 in The Times  (San Mateo, CA Page 56) 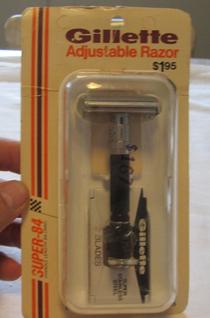 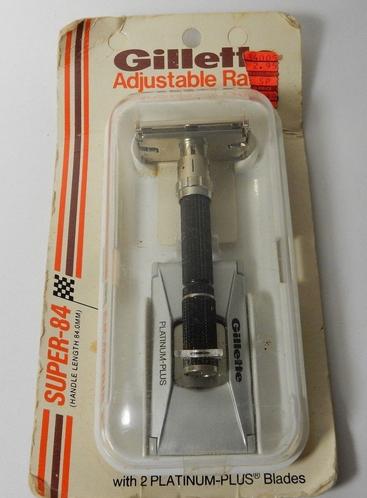