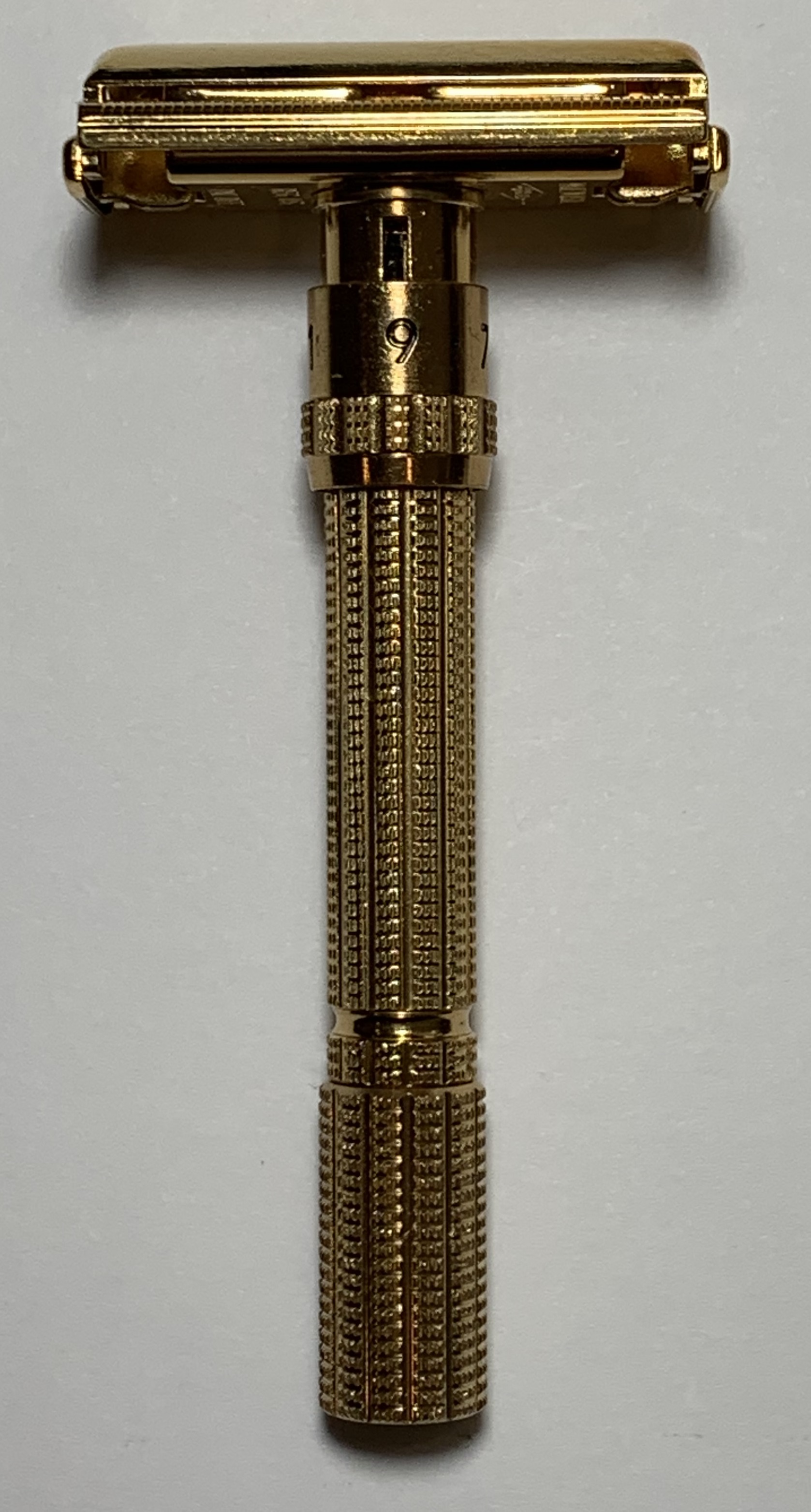 This razor is identical to the Standard Slim nickel plated razor excepting that it is plated in 22 Carat gold. It was introduced in 1961 (G-3) while the Standard Fatboy was still being produced and was manufactured until 1967 (M-3). Its original retail list price was $5.00 and its official name was the Gillette Aristocrat Adjustable Razor. This should not be confused with other models of Gillette razors called the Aristocrat as this razor is adjustable and the others are not excepting for the New Aristocrat razor name used in 1969 for the gold Super-109. Gillette first used the Aristocrat name on August 1, 1914 and filed for a trademark on this name on November 13, 1919 and received the mark registration number 0139303. However, this trademark was abandoned February 9, 2002 so we probably won't see this archaic name being recycled again.This razor weighs 71 grams 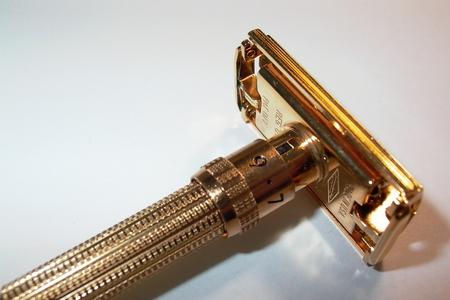 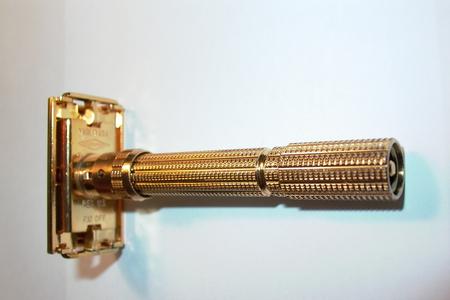 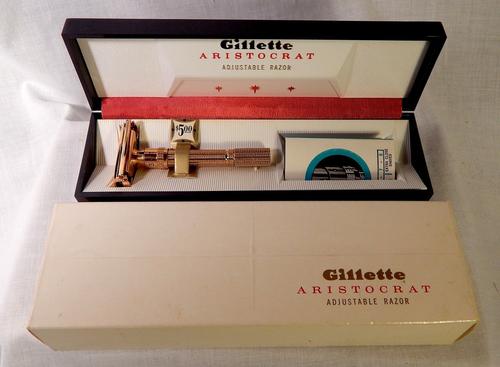 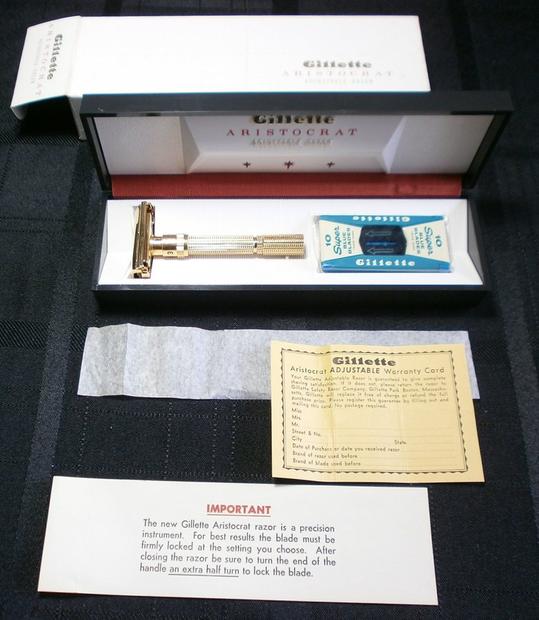 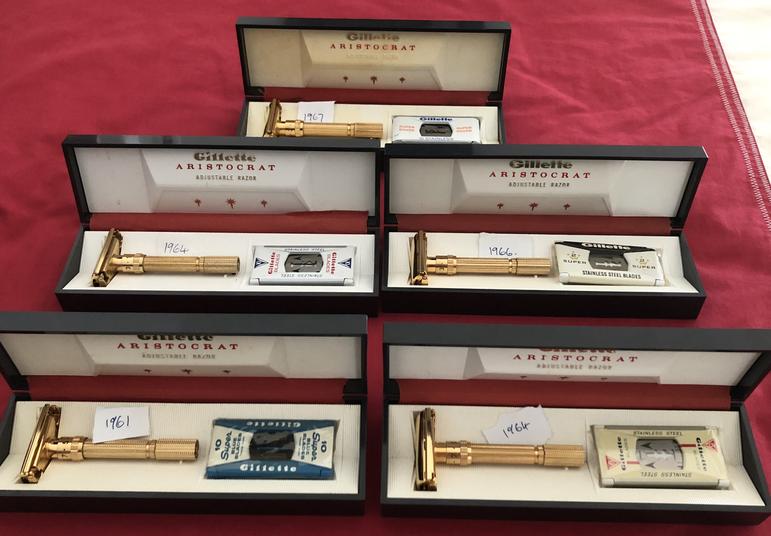 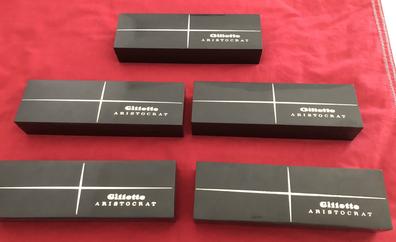 Please note above the different blade packs available in the different years. Also note the Gillette logo change on the razor cases around 1965. Photos courtesy of Gary Mancuso 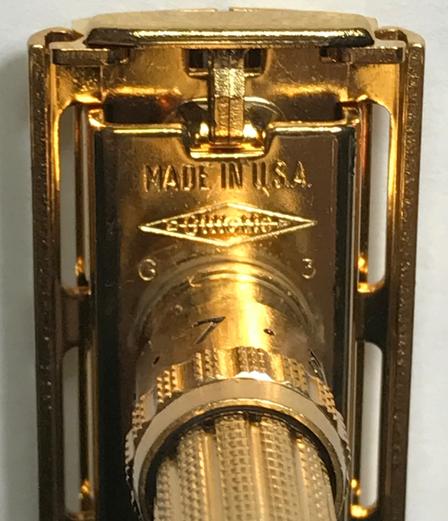 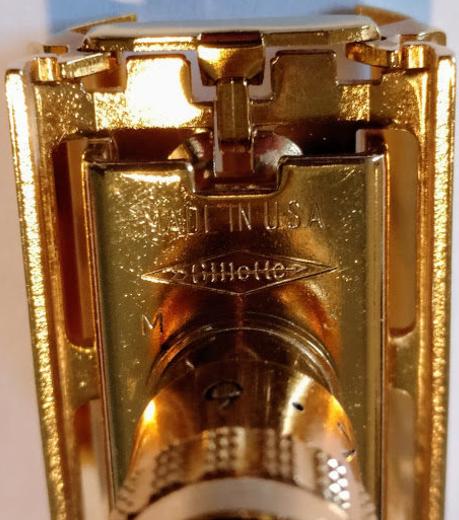 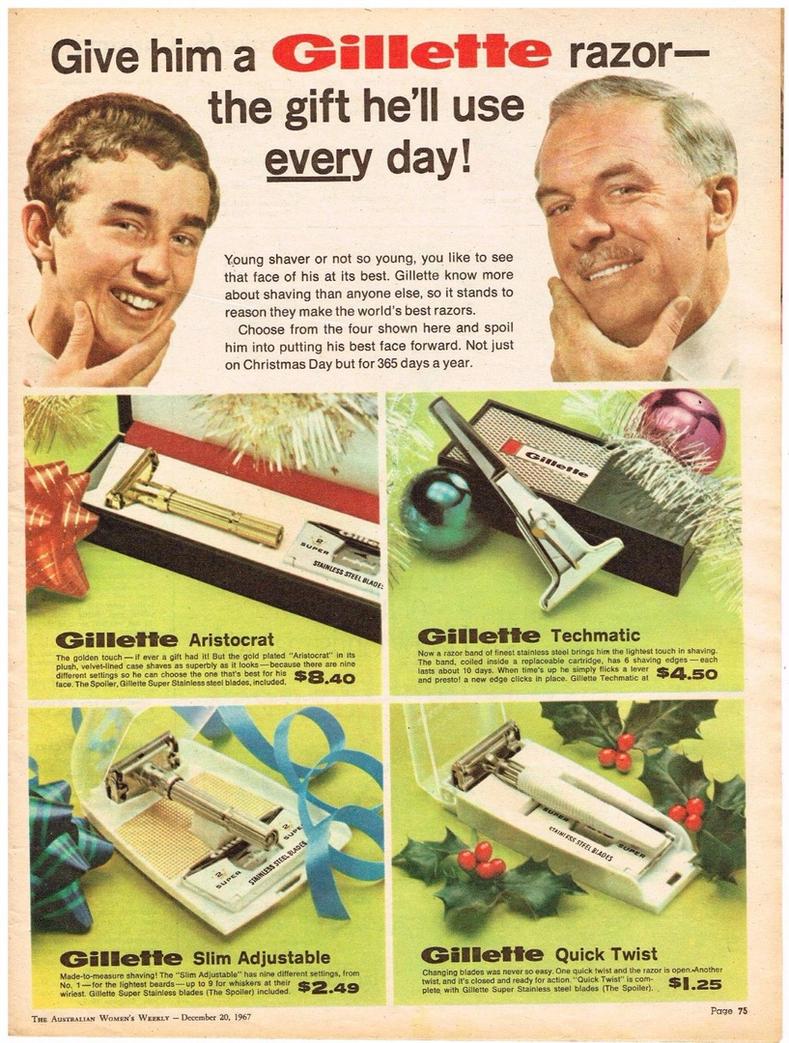 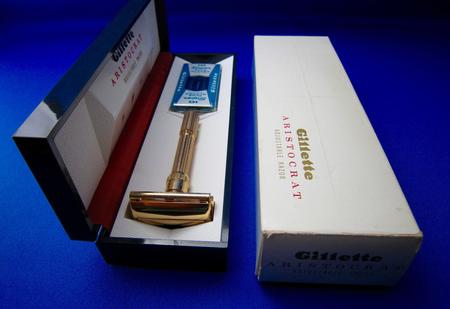 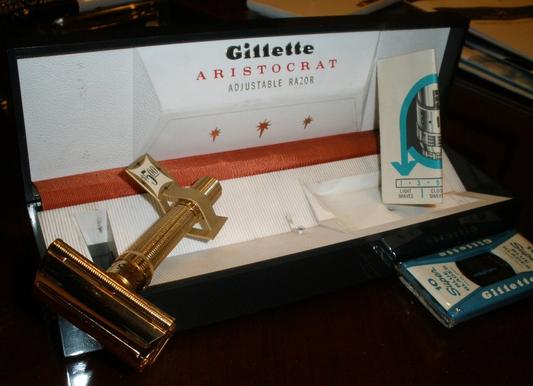 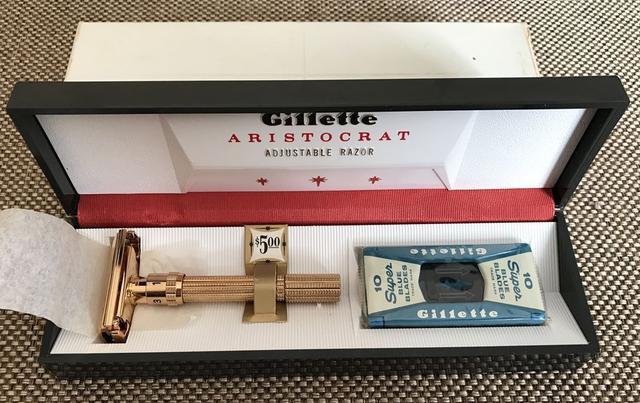 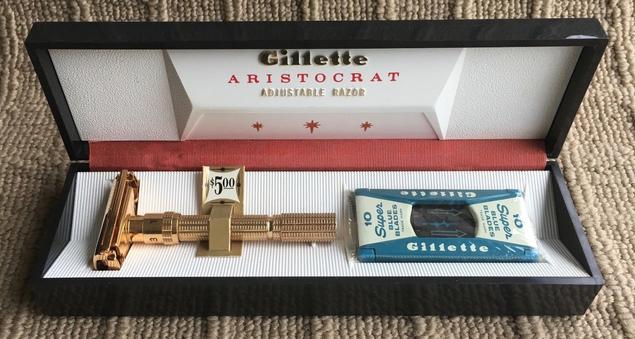 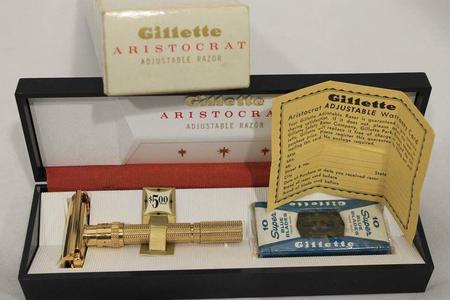