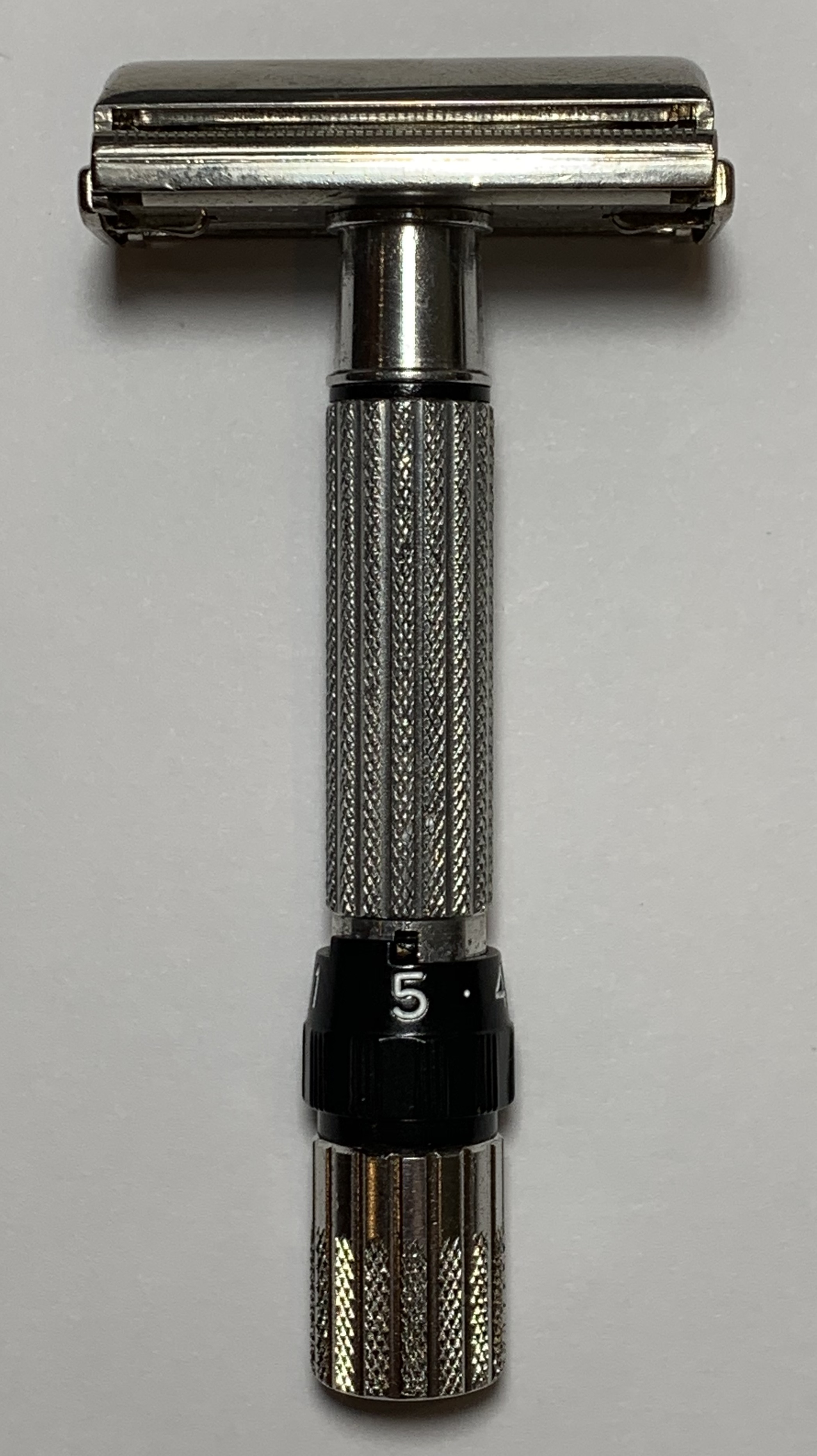 This razor is extremely rare. There are only about six known to exist. Even though there is no date code, some put this razor in the 1957 time frame. This razor is identical to the NDC 1-5 Position Bottom Dial (Nickel Dial) excepting that the adjustment dial was originally painted black with white numbers from the Gillette factory and it is 5 grams lighter. It is believed that some of the Gillette focus groups felt the Bottom Dial was too heavy and different versions of this razor were made at different weights to test the acceptance of lighter razors. The handle is made out of aluminum and it is a marketing prototype. By calling it a prototype what is meant is it was test marketed and was never sold at retail. No price tag, instruction sheet or warranty card is know to have come with these. However, there is apparently a case for this razor. The case says "Gillette Test 1-5" on the bottom and it has two magnifying lenses one to highlight the silo doors and the other to highlight the adjustment dial. It is assumed that about 650 of these (including both the black and nickel dial versions) were ever made by Gillette. It is also believed that the adjustment dial and twist-to-open knob were considered too close (being next to each other) by the focus groups and this is why the adjustment dial was moved closer to the head and the Bottom Dial design was abandoned by Gillette. The head is nickel plated brass and there is no date code stamped into the razor. This razor weighs 67 grams. 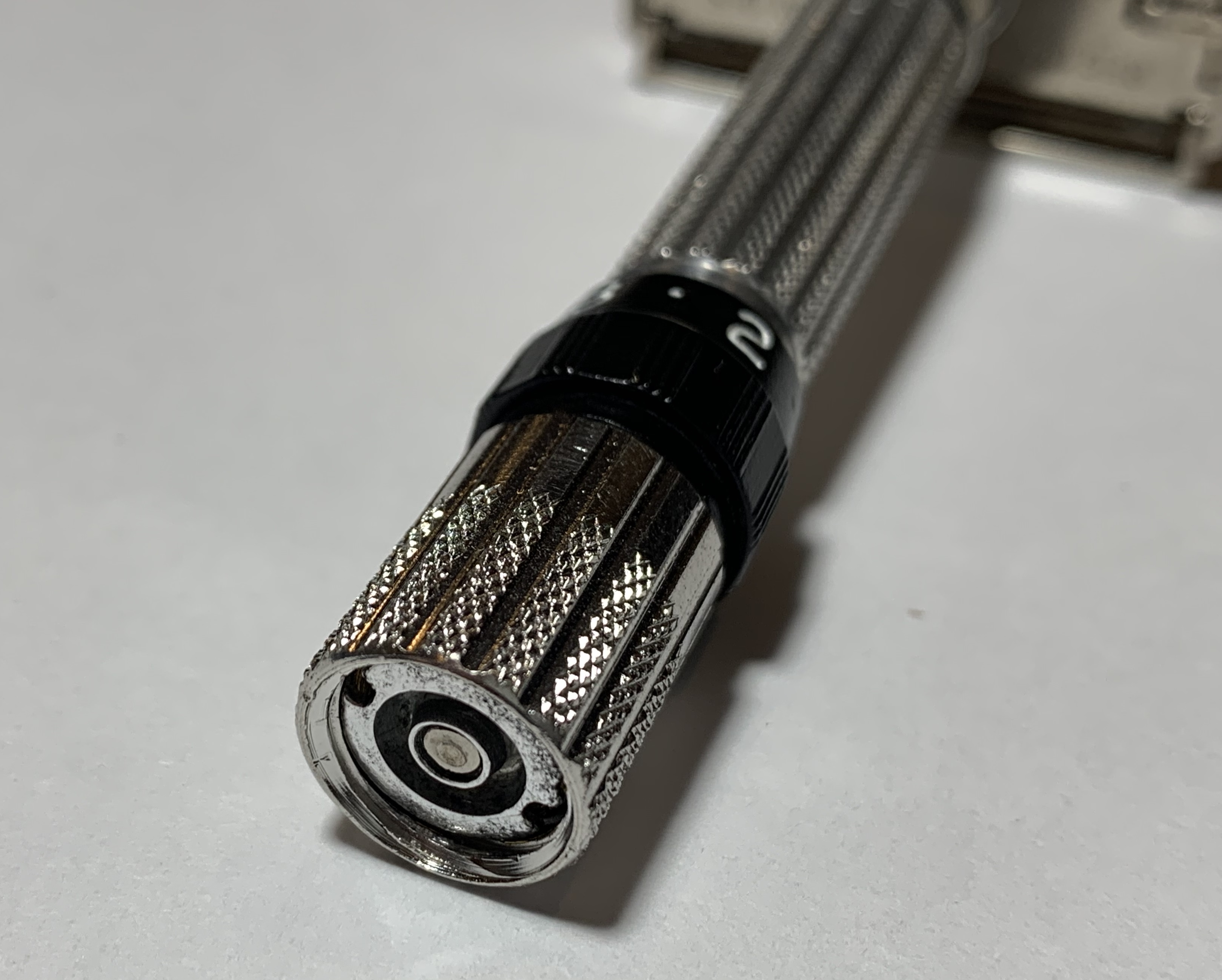 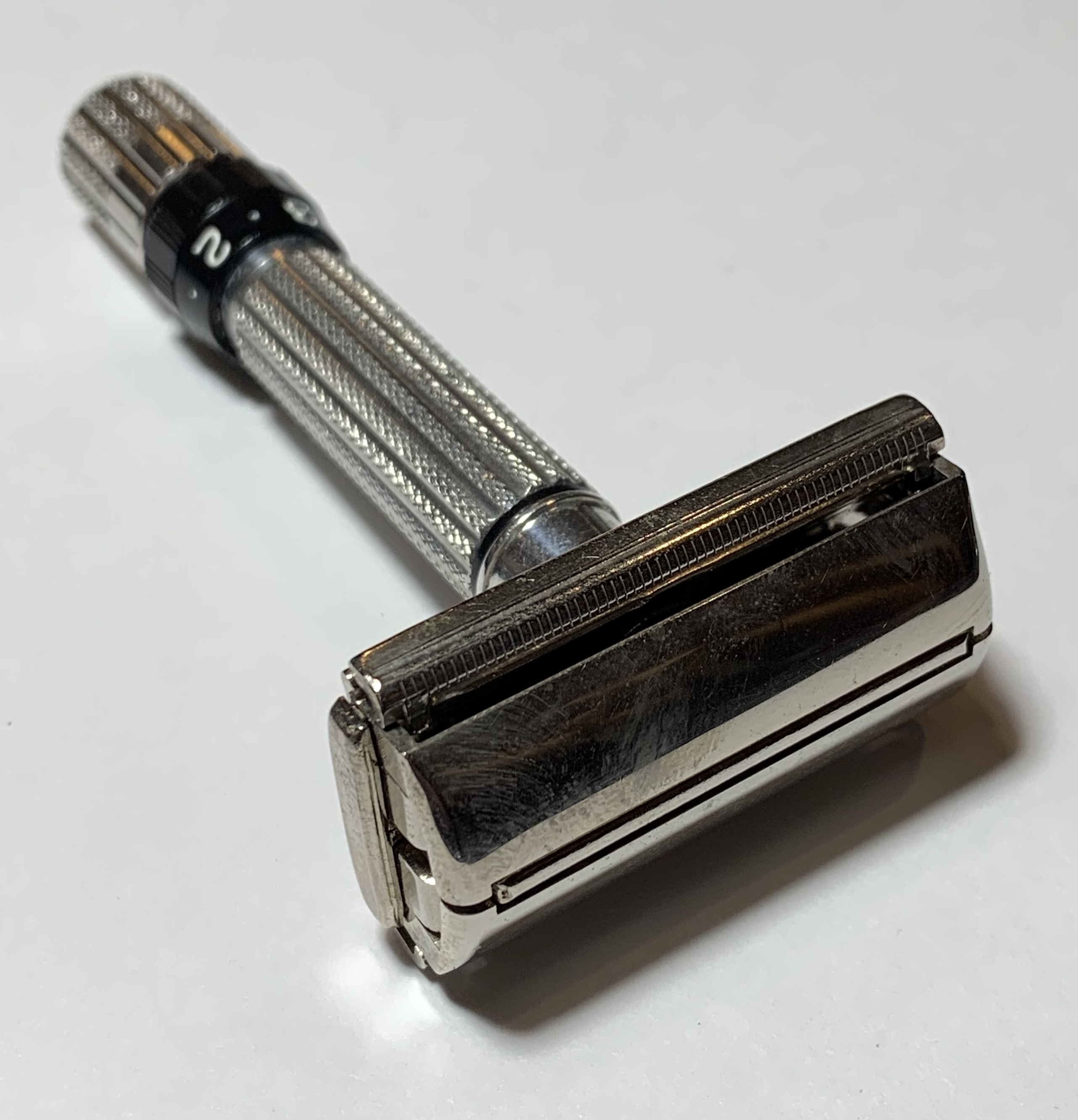 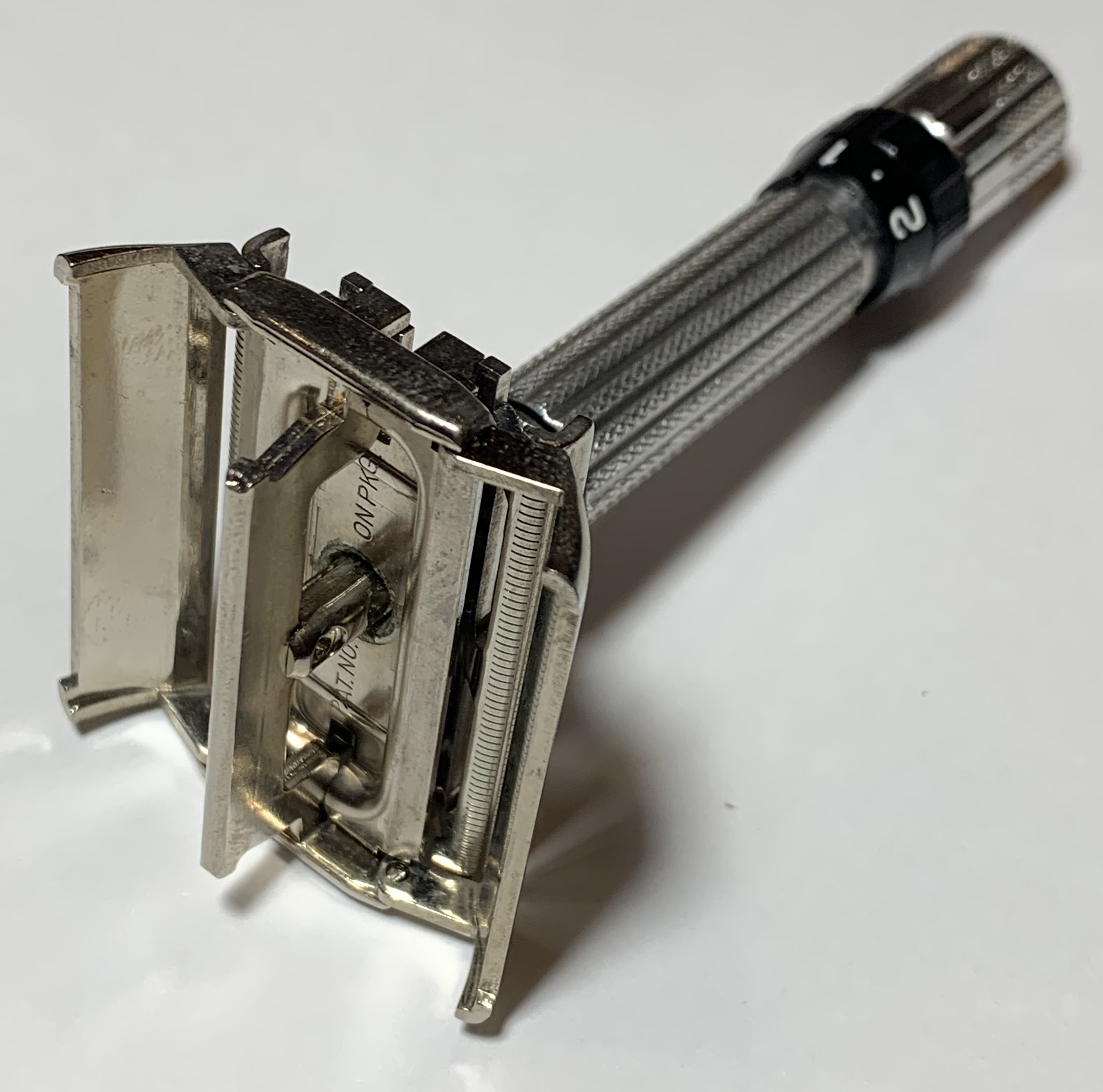 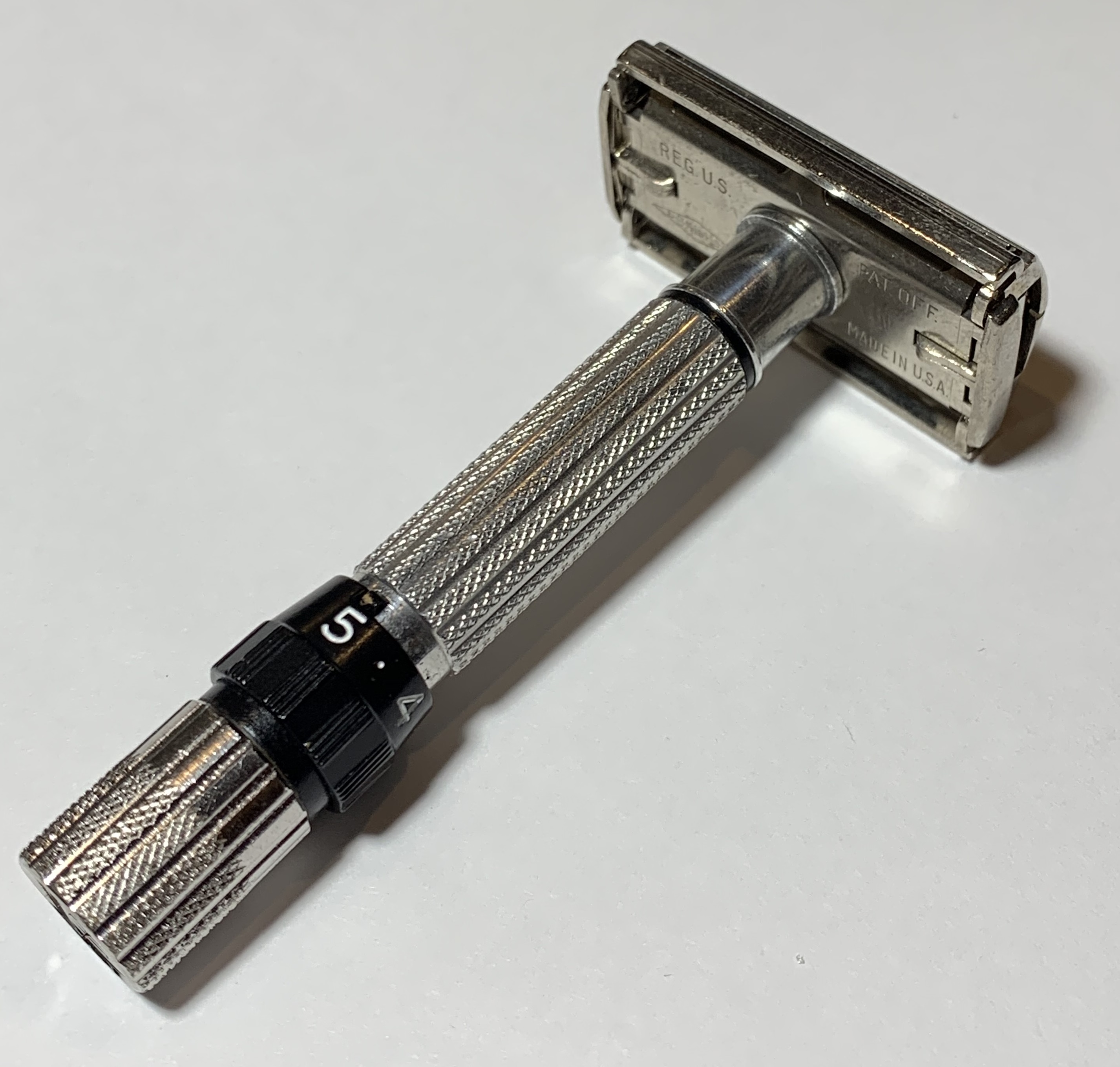 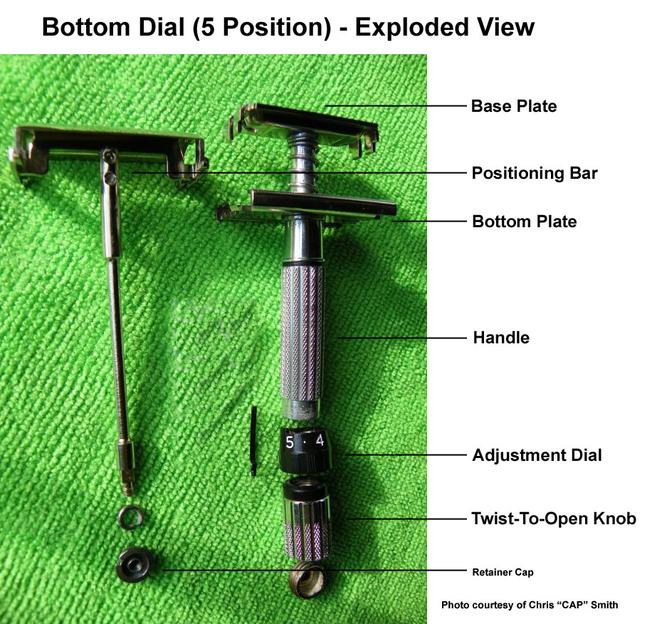 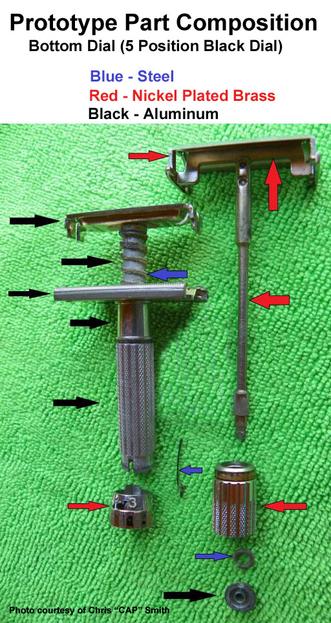 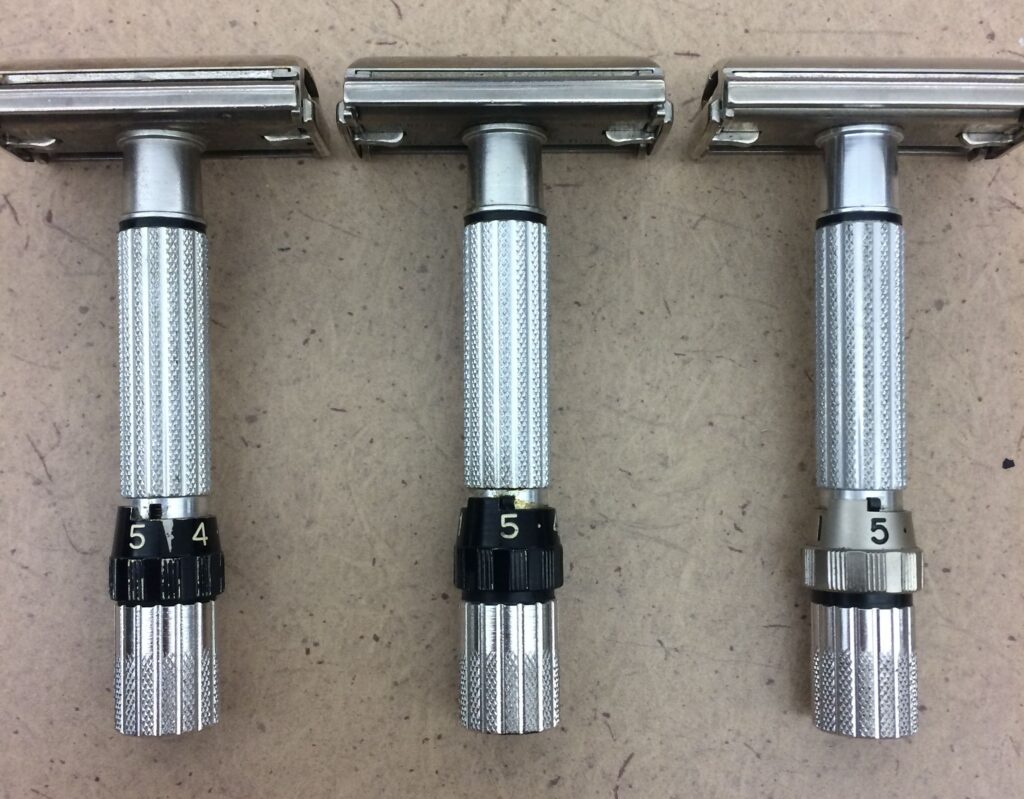 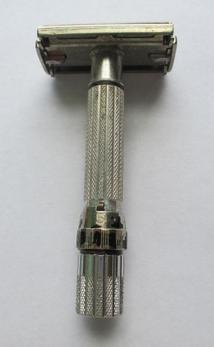 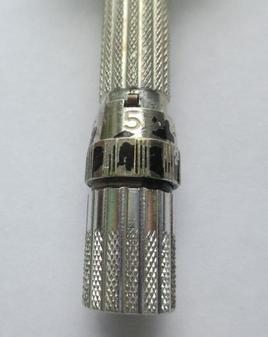